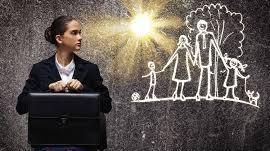 "She felt that old generic guilt, the kind you feel even when you can't think of what in the world you are supposed to have done." Meg Wolitzer

Guilt is the experience of a person thinking or feeling that she has done somethingshe should not have, or has not done something she should have. Either way,the person experiencing this emotion takes responsibility for the circumstance.

Guilt can be healthy, for example, when we feel bad afer behaving inappropriately or dishonestly. This healthy guilt can increase self-awareness, teach an important lesson, or help resolve problems. It can even improve our personal leadership skills and our relationships, and can thus be an advantage from a career perspective.

On the other hand, when a person expects the impossible of herself, or is constantly devalued and feels flawed or unworthy, the result is unhealthy guilt. Unhealthy guilt may be expressed in behaviours like taking on more than one can reasonably accomplish, being a compulsive helper, continually apologizing for oneself, being reluctant to say "No," or struggling to ask for help.

Women tend to experience guilty feelings more than men, partly due to the fact that women are unlike men emotionally. Some people believe that women's brains are wired differently, as they tend to be more highly sensitized to emotions. This can lead to a stronger reaction, perhaps to an overfunctioning response to situations that are emotionally charged. Another reason women may feel guilt more readily is because they have been socialized to see to the needs of others first and, as part of that reality, to unconsciously accept responsibility for situations that may not always be within their control.

Unhealthy guilt is an emotional response and therefore does not respond well to reason. Left untended, it contributes to anxiety, depression, stress overload, and in the extreme can lead to burnout. From a psychological perspective, extreme guilt may be connected to an unhealthy ego and low self-esteem, both of which can be enhanced through supportive therapy. Other interventions include identifying the top priorities in your current life stage and creating a personal system for dictating what you will and won't do, based on your priorities. This system can be evaluated in six month time frames, creating reasonable structure and a sense of control.

Woman blamed for the fall of mankind in the story of Adam and Eve was the beginning of the female gender being held accountable for the behavior of others. In her book Women's Reality, Anne Wilson Schaef calls this "the sin of being born female," and makes the case for the many ways in which women continue to pay the price for this perhaps unconscious, but deeply held belief continuing to exist in today's modern world.

As women, we must consciously and with intention, work hard to free ourselves from unhealthy guilt. This begins as we use our feminine wisdom to recognize whenever it is being imposed and whenever we are accepting it as part of being female. In either case, we can exercise the power to believe in our own sacred truth and through that truth choose our response.