My Career Journey: To The Edge of Burnout 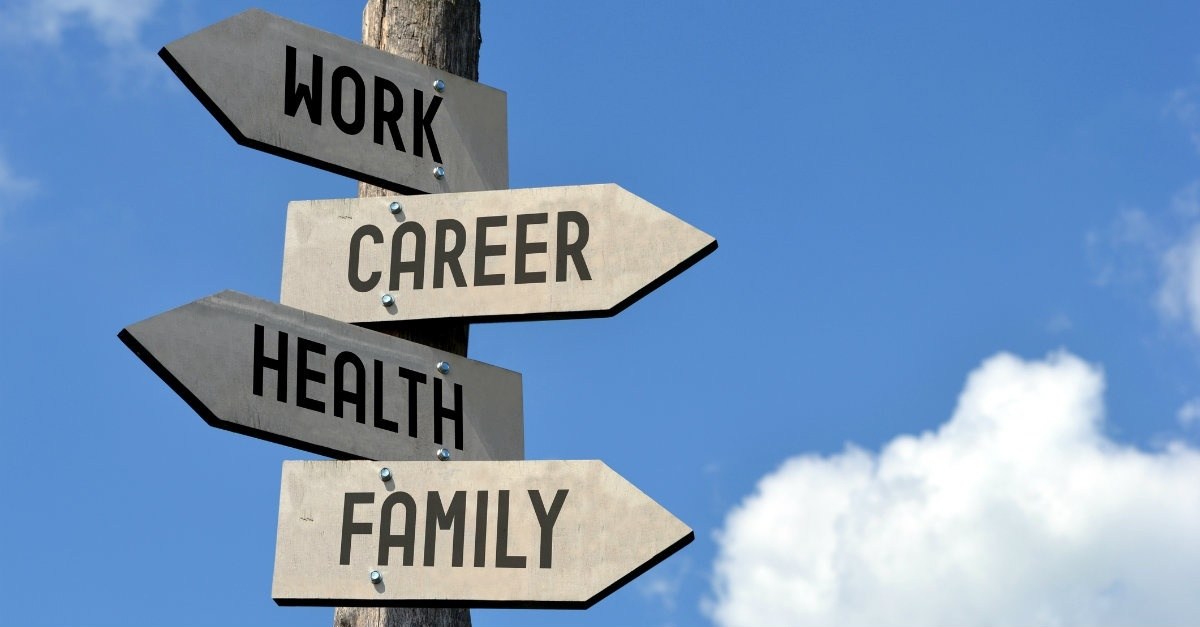 My Career Journey: To The Edge of Burnout

This article is a personal reflection on my career journey that I hope will inspire others to know their truth.

I'm very aware of having been driven by a sense of inadequacy, more than any other factor, throughout the whole of my adult life. My parents were born in 1903, old enough to be my grandparents when I was born. Their values and belief systems were a reflection of the current times and of a traditional farm family where men were valued more than women, due in part to their ability to contribute as a physical labourer. My parents had four sons for which my father was very proud. They also had four daughters but they were not esteemed in the same way.

Women’s work—child-rearing, gardening, canning, cooking, cleaning, and general household management was necessary, but not valued nearly as much as men’s work. Because I am a woman of that time and context, I've overcompensated for this innate sense of inferiority by adhering to a ridiculous work ethic my whole life, trying in vain to prove my worth.

My parents valued intellect and educational achievement regardless of gender, encouraging all of us to graduate from high school - the norm for the time. My brothers were expected to be able to earn a decent living; one that could support a wife and family. The girls were expected to marry well—preferably “a good provider," in my mother’s words.

There was little expectation that any of the daughters would have any job role other than that of unpaid wife and mother. I had dreams of attending university but  there was no money to support post-secondary education and student loans didn’t exist. I also suspect, that in my parents’ hearts, it would have been deemed a waste to educate a woman.

So I was sent off to Alberta to live with my older sister and her family and take a secretarial course. My mother thought that would help me get a job and then I could work until I "got married and had a family."  My younger sister went to nursing school, which involved minimal cost; and room and board were provided. I’ve always thought she was so fortunate to have been able to do that.

I dutifully followed my mother’s advice; finished secretarial training, got a job, found myself a responsible man, got married and had two kids (sons of course).  And just like thousands of other women of my time, I became a "stay at home" mom.

Then a shocking thing happened to me shortly after the birth of my second son. I discovered the unpaid duties of being a wife and mother were not enough to keep my drive for achievement at bay. I had an enormous yearning for something else, but suffered in silence with a rather strange and unspeakable sense of dissatisfaction.

The suffering included considerable guilt because my husband provided well, I had a lovely home and two healthy sons. The roles of wife and mother were supposed to be the ultimate fulfillment for a woman—the fact that they were not, surely meant there had to be something wrong with me!

It would take a serious downward spiral into depression, entry into a feminist network, and several years of consciousness-raising, before I would understand what Betty Friedan, in the 1960’s called, the “problem that has no name.”

The journey of becoming Superwoman had commenced!  This was the early 1970’s; my children were toddlers, and the women’s movement was well underway.

After five and a half years of juggling full-time mothering, household management, community volunteering and by this time, the supervision of 20 part-time staff in a paid part-time job at the YWCA, I decided to take a break.

The truth was that the YW work was not going to move me toward my dream. What I really wanted to do was complete a university degree. I was determined to prove that I was a woman with intelligence, skills, and abilities; more than “just a housewife” or “just a secretary.”

For as long as I could remember I had wanted to have a job that in my mind was “professional.” I dreamed of doing some kind of work that helped people in some unknown but profound way. It was a dream that I kept tucked away in my mind and it would take many years to become a reality.

In the spring of 1981, we moved to Edmonton. The possibility of attending university began to emerge. My children were in school all day. We lived just south of the university. I applied to the University of Alberta based on my high school marks that were now twenty years old and was accepted. I was thrilled. I started by taking one course in English, and then gradually became confident enough to take three courses each semester.

I was fortunate that my course schedule allowed me to be home when my kids got home from school. The unhealthy guilt so often connected to the role of mothering was also a driver for me. My sons were aged 12 and 10 when I started. It took me 5 ½ years to complete a four-year degree.

After graduation, I secured a job as a Program Director with the YMCA of Edmonton. The culture of the ‘Y’ provided a nurturing environment for someone like me, looking for every opportunity to prove my competence.

The YMCA is a male-dominated hierarchical, competitive environment. My farm family background had taught me how to work at a self-sacrificial level, take on any challenge, and never, ever complain.

After one year, I was offered the position of Centre Manager. It was to fill a maternity leave for four months. When I inquired about who would take my program director position, I was assured by the CEO that I could manage both jobs. And I did just that.

The next promotion was to General Manager, with responsibility for the strategic positioning of the YMCA’s employment and education services for at-risk youth and their families. This was followed by a promotion to Vice-President, adding the association’s childcare operations to my  portfolio.

I became an expert on employment and education programming for at risk populations within the YMCA national movement. The opportunities were everywhere - completely hooking my drive for proving my self-worth. When I started with the ‘Y’ we were offering five programs for the unemployed, serving about 500 yearly; when I left 13 years later, we were serving nearly 8,000 people a year.

I will never regret the time I spent with the organization—it was an amazing experience. However, when I look back at being immersed in the ‘Y’ culture, whose foundation and history is hard work and community service—I realize how out of touch I had become with any sense of balance in my life.

My paid work had become my only definition for myself.  My need to achieve, to be seen as competent, to feel worthwhile as a human being, had driven me to the edge of burnout.

I had totally immersed myself in an environment that thrived on my becoming a workaholic. It was as though I had given up my soul for the prestige of being part of a system with good work that never ends.

It was an enormously difficult decision, but I chose to leave my paid work role to become a full time student. I embarked on a completely new career adventure in pursuit of my dream.

I believe meaningful work plays a significant role in our lives. It's been described as a basic human need and that it must be “understood as an end in itself and not just as a means to get something else” (Soelle & Cloyes).

In my desperate need to eliminate feelings of inadequacy, I had used “work” as my only means for self-identity and self-worth. I realize now from my achievement pursuits that being able to do good work, to make a contribution, and to have a sense of purpose, will always be essential ingredients for my overall sense of well being.

I’ve also learned that what I accomplish cannot only be measured externally. An internal measure for what's really important comes from trusting my inner wisdom; my own feminine truth. Stability, wellness and a balanced feeling comes when individuals stay connected to their inner knowing—integrating their values, beliefs, attitudes and behavior consciously and deliberately into all facets of their lives.

My personal journey stimulates a vision for all women - that they have every opportunity to live and work to their fullest potential and never at the expense of their health.