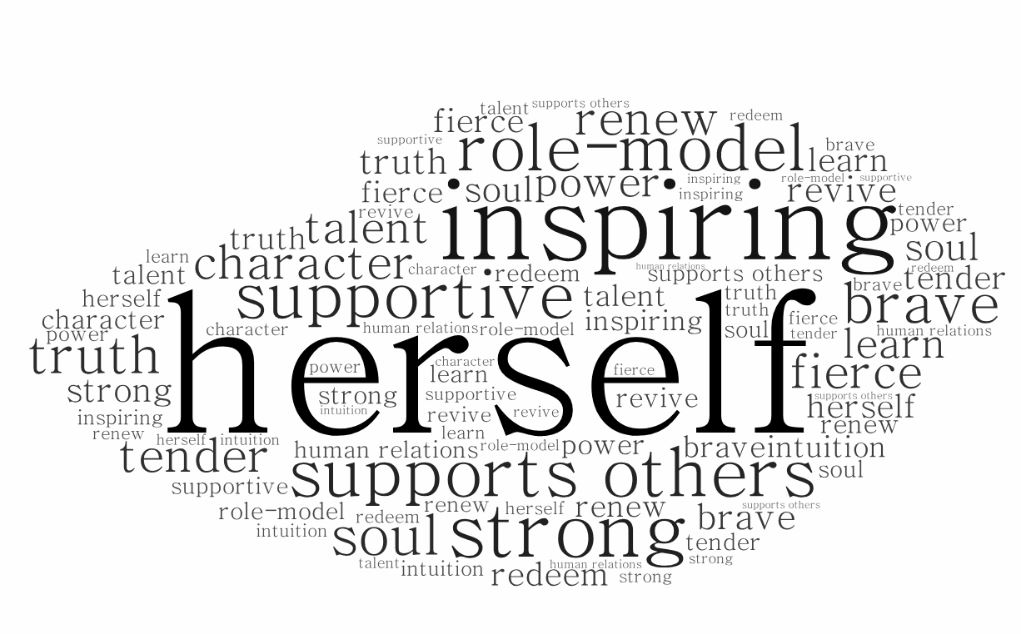 “Underneath our fears and worries, unaffected by the many layers of our conditioning and actions, is a peaceful core…. Healing is the rediscovery of who we are and who we have always been.” ….. Joan Borysenko

“A woman in harmony with her spirit is like a river flowing. She goes where she will without pretense and arrives at her destination prepared to be herself and only herself.”  ….. Maya Anjelo

“Walk away from ‘friendships’ that make you feel small and insecure and seek out people who inspire and support you.” ….. Michelle Obama

“Never allow a person to tell you no, who doesn’t have the power to say yes.” ….. Eleanor Roosevelt

“The final forming of a person’s character lies in their own hands.” ….. Anne Frank

“Each person must live their life as a model for others.” ….. Ayn Rand

“You can avoid reality, but you cannot avoid the consequences of avoiding reality.” ….. Mother Theresa

“The world needs strong women. Women who will lift and build others, who will love and be loved. Women who live bravely, both tender and fierce. Women of indomitable will.” ….. Amy Tenney

“There is no greater threat to the critics, cynics and fearmongers than a woman who is willing to fall because she has learned how to rise.” ….. Brené Brown

Women are the real architects of society.” ….. Harriet Beecher Stowe

“Women are always at the front of revolutions.” ….. Buthayna Kamel

“Women are the largest untapped reservoir of talent in the world.” ….. Hillary Clinton

“Whatever you fear the most has no power – it is your fear that has the power.” ….. Oprah Winfrey

“Learn from the mistakes of others. You can’t live long enough to learn them all yourself.”    ….. Eleanor Roosevelt

“A woman’s best protection is money of her own.” ….. Clare Booth Luce

“I am not afraid of storms, for I am learning how to sail my ship.” ….. Louisa May Alcott

“People, even more than things, have to be restored, renewed, revived, reclaimed, and redeemed. Never throw out anyone.” ….. Audrey Hepburn

“Because of their age-long training in human relations – for that is what feminine intuition really is – women have a special contribution to make to any group enterprise.” ….. Margaret Mead

“I had no idea history was being made. I was just tired of giving up.” ….. Rosa Parks